Its been a little while since I have posted anything on here - I somehow managed to get SUPER BUSY and neglected the blogging. But I will try to fill in the gap.

A couple of weeks ago I went on my first ever..

This was amazing. We geared up and headed out with our huge waterproof torches back to Fly Point at around 8pm (where I had dived here previously).
I have no pictures of the night dive because (not too surprisingly) it was rather dark - and you have to have pretty fancy camera equipment that works with the contrast of the torch against the pitch black background. But I really wish I had some of that fancy camera equipment because we saw LOADS of cool things! Lots of big fish, benthic sharks, rays, eels, a huge lobster, some very sleepy and annoyed-looking giant blue groupers. And at night the anemones are a lot more active so I spent a lot of time (probably a bit too much time) watching a huge anemone feeding itself with it's awesome tentacles. We also saw a sponge SPAWNING! Which kind of looks like a tiny underwater volcano going off (except the cloud is actually a huge release of sponge eggs or sperm). That was very awesome - but also a little annoying because that's what we tried to get our Pipis to do in the lab right at the start of my time here, and they downright refused.. oh well - I suppose nature just does it's own thing when it wants.

Diving at night adds a scary, exciting element to the dive - because you literally can't see anything apart from what you are shining your torch at. So you shine around looking for beasties and suddenly the torchlight will reflect back a pair of eyes which might be super close to you! Or you'll be peering under a big ledge seeing if you can see what's hiding at the back and then you'll remember to check what's on your other side - and find a giant stingray a few metres away!

When we got back we made a note of all of the animals that we saw. Here are a few of them: Sea
Pens, Biscuit stars, Pencil Urchins, Nudibranchs (including Serpent Pteraeolidia and Red Gilled Nembrotha!), Banded Shrimp (I got very excited when I saw these), Painted Rock Lobster, Blind Sharks (!!!), Wobbegong, Shovel-nose Ray (this one scared the bejesus out of me because I nearly landed on it), Stingray, Green Moray eels, Estuary catfish, Ludericks, Roughy, Pineapple fish (these guys have a red dot on their faces, and if you shine the torch on them for a bit - then cover the torches - the red dot glows in the dark!), Red rock cod, white seahorses (this one was so well camouflaged I have no idea how we found this in the dark), Tomato cod, Rock flathead, Coralfish, Red Morwong, Eastern Blue Grouper, Eastern Smooth Boxfish, Pygmy leather jacket, fan-belly leatherjacket, and a very large Green Sea Turtle (which was resting just under a ledge at the very start of the dive).

The pictures I have put on the sides here are just to show the animals so you can get an idea of what they look like (but they aren't my pictures as I don't (yet) have a super uber fancy camera).

Another really really AWESOME thing about the night dive - BIOLUMINESCENCE!!!! Near the surface, if we covered our torches and just waved our arms around in the water, we could see little sparkling things in the water - like glitter. Bioluminescent plankton! It was a very good dive - I may have to go on more night dive adventures in the future.

Over the past week(ish) I have been coordinating my longer experiment looking at the effect of harmful algae on oyster larvae growth - and it has been going (mostly) to plan. Every second day I would measure hundreds of larvae to see how much growth had taken place, and also checked to see if they had full tummys (you can tell because they are almost completely transparent).

The consistent problematic thing with running experiments involving living creatures is that you have to keep them alive. So I had to feed them daily - pipetting 0.3ml of food algae mix into each of my tiny tubes of larvae (I had hundreds of tiny tubes of larvae), and I did water changes every other day (this was the part that took quite a while to do - and it was also the reason I was in work at from 7am - 1pm a couple of Sundays ago). But it's all worth it, because it looks like we are getting some interesting results! Hopefully I'll run them through some stats tests over the next few days and find some significant differences. Fingers crossed!


We saw that the weather was looking up and we decided on a trip up to the Hunter Valley (which is pretty famous for being a place that makes nice vino).  We journeyed up there (really lovely scenery) and went into a few different places to learn about (and also maybe taste) some wine. Lots of the wine tasting was FREE - and I asked the poor wine gurus many questions about grapes and soil and what makes the nicest wine so nice. There were lots of tourists there as the day progressed (dam tourists being all touristy and going to taste wine..), and also a rather large hen party that looked pretty intent on trying most of the wines in the vicinity. 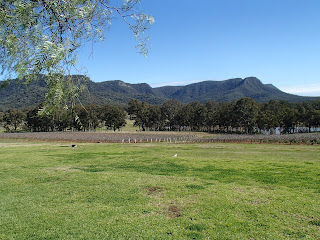 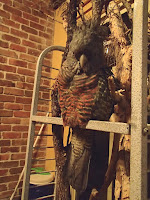 Last time I went to visit Brian and Bev on the other side of the Bay we had lunch with some of their friends - and last Monday I was invited to dinner with some of these friends (Jodie & Kenneth), at the Shark & Ray centre in Nelson Bay with the managing directer and marketing manager of the centre - Ryan and Lia.

We had a very lovely meal, and then I was treated to a private tour of the Shark & Ray Centre! I was shown all of the animals and we got into the tank in our waders and fed some of the sharks and rays! I was really impressed by the centre and how the focus is really strongly on conservation and on teaching the public about how to correctly treat wild animals. 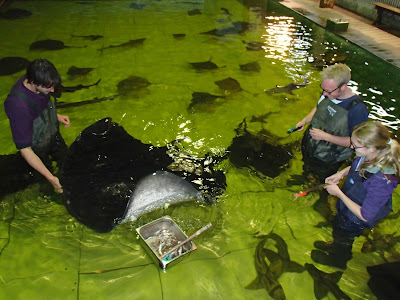 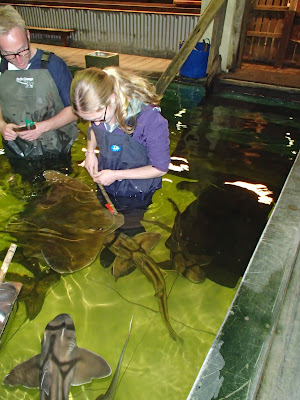 Visiting Newcastle for the weekend


This past weekend I stayed with Peta, Patrick, Charlie, Penny, and Lucy in Newcastle (Australia - I know it's confusing because they have copied all the place names at home..). Had a fab weekend being shown some of the city - walked on the Anzac walk, watched the cricket (everyone here is pretending not to care about the ashes - so I keep reminding them), went to the local market, and we went to a big reptile park where we saw many animals (not all of them reptiles), and got to pet a Kangaroo! Peta and Patrick also very kindly organised a full english breakfast which was AMAZING. I really enjoyed my stay in Newcastle and I'd like to explore it better at some point - it looks like a really interesting city - lots to do, beautiful coastline, and also some very large impressive industrial machinery to have a look at. 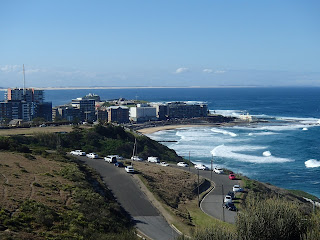