This past Friday after work I took the ferry over to Tea Gardens (some dolphins decided to follow the ferry for half of the journey!). I stayed in Tea Gardens in Coralie & Brian's lovely home on Friday night and had a lovely meal with Kenneth & Jodie, Bev & Brian, and Coralie & Brian.

Early on Saturday morning we arose and drove down onto Hawks Nest beach - where we then drove along the beach (I will never get used to driving on beaches) over to Little Gibber, and then over to Jimmys Beach where I tried PADDLEBOARDING for the first time with Kenneth! And I didn't fall in (much to the disappointment of those watching from the beach).

Paddleboarding wasn't as tricky as I thought it might be - for some reason I was under the impression that the board would be really wobbly and difficult to stay on top of - but thankfully I was wrong. It was excellent weather (with highs of around 26ºC for the day - a WINTERS day) and we could see a couple of metres into the water very clearly - we saw many stingray and what was quite possibly a Port Jackson Shark. It it a very relaxing way to travel around the bay and definitely worth getting up very early for! 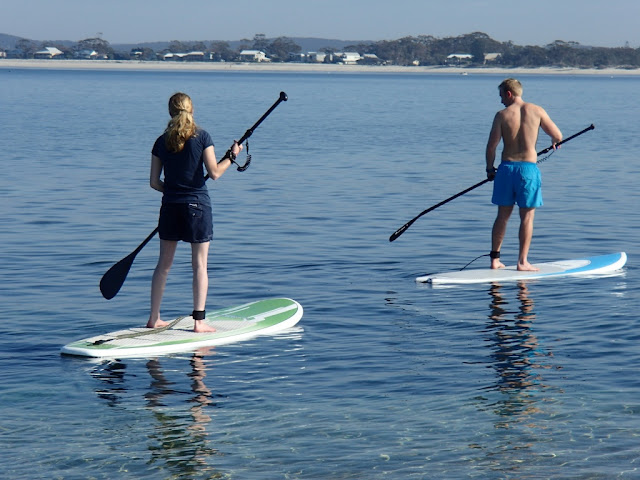 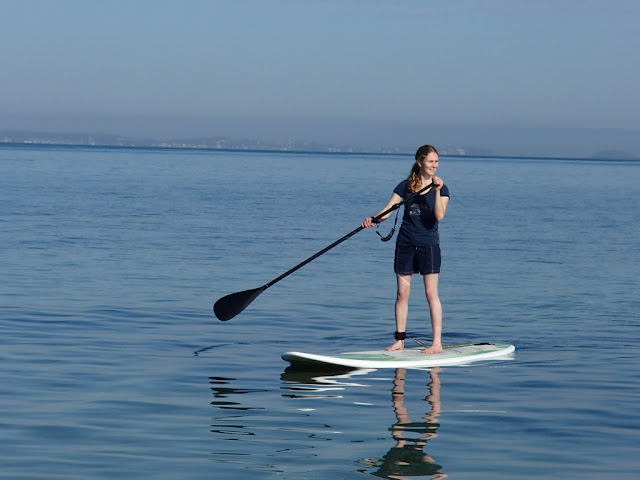 After a couple of hours paddleboarding we returned to the house for a lovely big breakfast which we ate outside - while we listened to all the birds. Then, in the afternoon, we headed off to Seal Rocks to where we explored a little and sat in the sun to eat our picnic lunch.


Afterwards, we headed into Newcastle to watch the sunset over the sea and have a couple of drinks and a bit of dinner. Then we went to Jodie & Kenneth's house boat for the night - just in time to see England lose the last test of the Ashes (which is fine because we already won). I really enjoyed my stay on the boat - it was very cosy and when I woke on Sunday morning to thunder and very heavy rain it was nice hearing the water on the roof of the boat - oddly calming.

We had outdoor plans for Sunday - but it rained cats & dogs for the majority of the day. So, instead, we had a lazy breakfast (where we tried Yorkshire puddings with scrambled eggs - actually quite a good combo!) and went back into Newcastle for morning tea and BANANA BREAD. 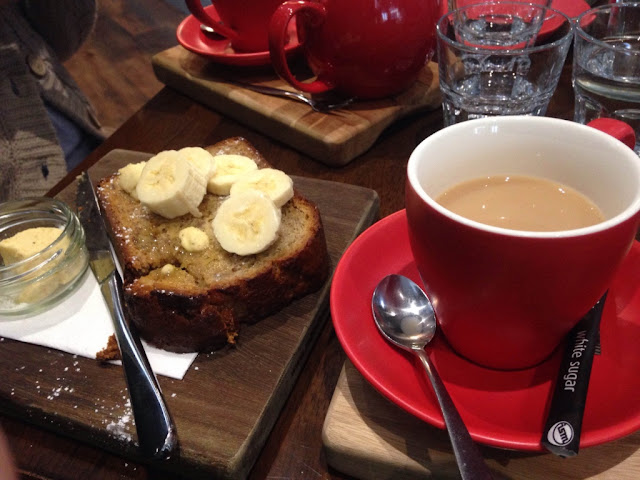 After eating much banana bread, and feeling SUPER FULL, we went off to the indoor climbing centre (that I had been introduced to last week by Greg) and had a good climbing session - it's amazing how quickly your muscles lose all power after not doing much climbing for a while! I think we have plans to go again this week too, so hopefully I'll improve a little and stop being so weak.. 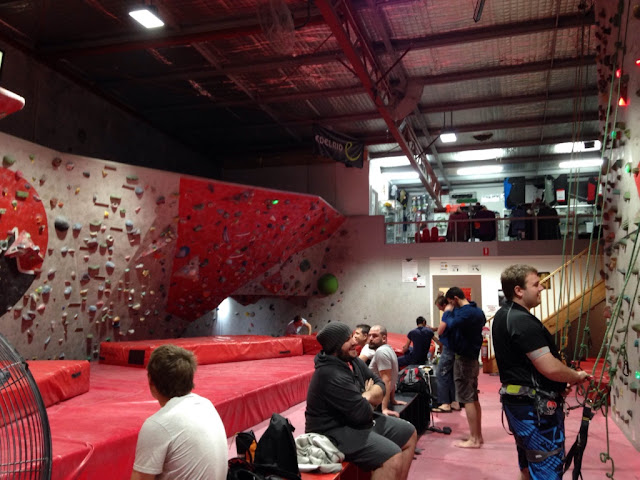 After climbing we went for a little lunch by the water (including oysters - I think they are growing on me now) and then went to play a little pool before driving back round to Nelson Bay to drop me back at Doug & Jenny's house.

I had a lovely jam-packed weekend with Jodie & Kenneth and I hope at some point they can come visit England so I can give them a little tour.

Last week I was also invited to lunch at Murray's Brewery with Greg & friends, and I had a really nice time - tried some 'Whale Ale' (not made with actual whales) and sat outside eating lunch (I got strange looks when I asked the waitress for some vinegar to go with my chips - apparently that's not really a thing here..)  and then played a game which I think was called petanque - very similar to lawn bowls, but instead of rolling the balls you throw them with backspin. Not really the kind of day we'd have in mid-winter at home..

At work I have been interpreting the results from my experiments - lots of statistics and trying to interpret the findings into logical explanations for what could be happening.

Only 2 weeks left here now! Time is really beginning to fly, the closer to the end it gets, and the busier I am. There's so much to do!
Posted by Charlie W at 05:56