I have very nearly finished my Padi Advanced Open Water qualification! Yesterday I got up at 4am (4 IN THE MORNING) to go diving. Now this isn't a time of day (night) that I normally see so I was very very not awake. I tried to solve this by drinking a very large red bull on the way to the dive centre, which actually just made me feel exceedingly unwell for the next few hours. I wouldn't recommend this.

We had a good relaxing first dive at Fly Point, working on my buoyancy and kicking (apparently I have been kicking wrongly - for the last 4 years..). The visibility wasn't as good as it had been previously (around 4m) - probably due to the recent mass fall of rain which will have washed lots of sediment into coastal waters from the land. But the plus side to this is that it means you look really closely for little animals - and we found LOADS OF NUDIBRANCHS. This dive was just over an hour long and this meant that by the end the tide was really beginning to cause quite strong currents around us - especially in shallow water, it became super difficult to swim back in (which was good in a way because all the swimming warmed me up again!).

After this dive we returned to the dive centre for a change of tank, quick hot shower, and 1 or 2 cups of tea/soup. Then we went straight out again to do the 'Navigation training dive' in a different location. This dive is designed so that I could practise my nav skills underwater - using a compass and kick cycles to return to a previous location / swim a certain route. We had perfect conditions for testing my compass use BECAUSE THE CONDITIONS WERE TERRIBLE. The visibility was around 1m and the surge was super powerful. So it felt like I had absolutely no control over where we were. But (miraculously) I managed to navigate correctly! And we also saw a tiny octopus with his little garden - octopus will often collect shells and other objects (including glass) to make little houses around where they are resting.

I took lots of pictures whilst diving but Trudie took more pictures - and with a much better camera. There is an amalgamation of our photos on here - the brighter, more detailed ones are Trudie's pictures - I will not steal the credit. 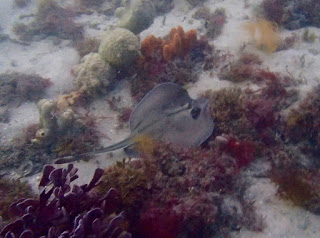 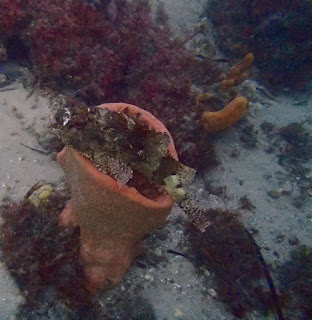 And here are some of the nudis that we saw! Aren't they FABULOUS! 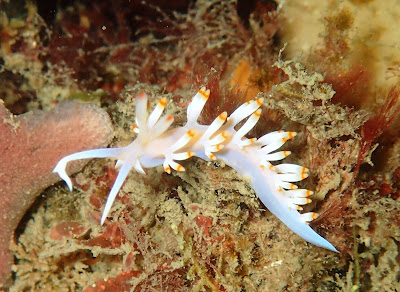 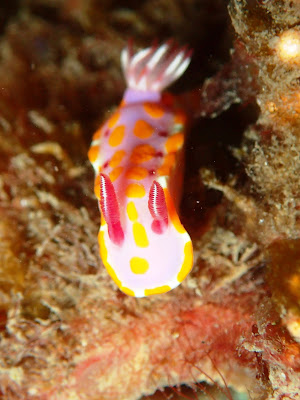 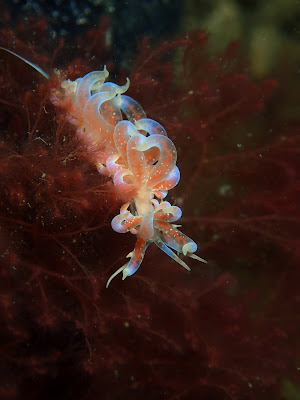 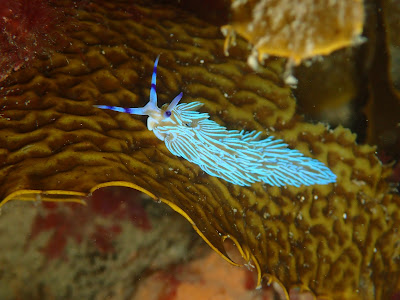 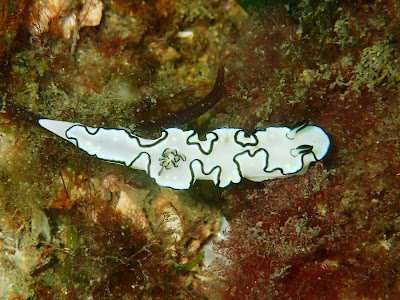 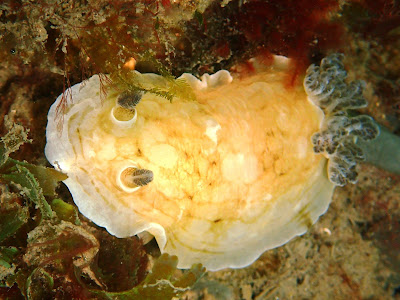 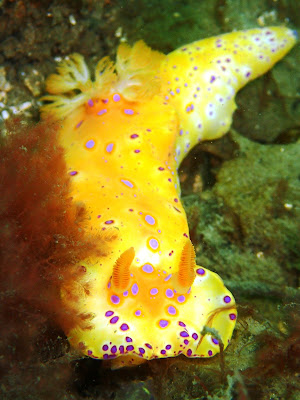