I mentioned in one of my previous posts that one of the reasons for examining and identifying plankton is to monitor for Harmful Algal Blooms (HABs) - much larger than usual aggregations of harmful algae species. I will attempt to describe what is meant by 'HABs' a little further:

When algae blooms, the larger numbers of phytoplankton are broken down by bacteria in the water. These bacteria utilise oxygen to do this and this can result in dramatic depletion of dissolved oxygen in the water column which can cause problems for other animals that require this oxygen. Sometimes large algal blooms can lead to huge fish die-off as the bacteria steal all the oxygen to break down the algae.

HAB species can also cause several health conditions among a number of animals - notably humans, fish and shellfish. The conditions can be divided into a number of classes:

Amnesic shellfish poisoning (ASP)
This is caused by domoic acid accumulating in shellfish - this can then be transferred via fish to humans and can cause gastrointestinal and neurological disorders including (as the name suggests) loss of memory.
One of the species of plankton that can cause ASP when it blooms is the diatom Pseudo-nitzschia.


Diarrhetic shellfish poisoning (DSP)
This causes gastrointestinal disturbances in humans including some throwing up, abdominal cramps, and (as the name suggests) some other unpleasantries.. people usually recover from this within a few days though. Some species of plankton that can cause DSP when they bloom are Dinophysis and Prorocentrum.

Neurotoxic shellfish poisoning (NSP)
This causes gastrointestinal and neurological disturbances and can also cause some asthmatic symptoms in humans but these usually subside after a few days. This can be caused by Gymnodinium.

Paralytic shellfish poisoning (PSP)
This is the super bad one! PSP can be life-threatening and has neurological effects. There is no known antidote. Apparently there is a 15% mortality for people who catch PSP! This nasty one can be caused by several species - but mostly by Pyrodinium and some species of Alexandrium.

On a separate note - the rocky shore team found another sea slug today! I LOVE NUDIBRANCHS! 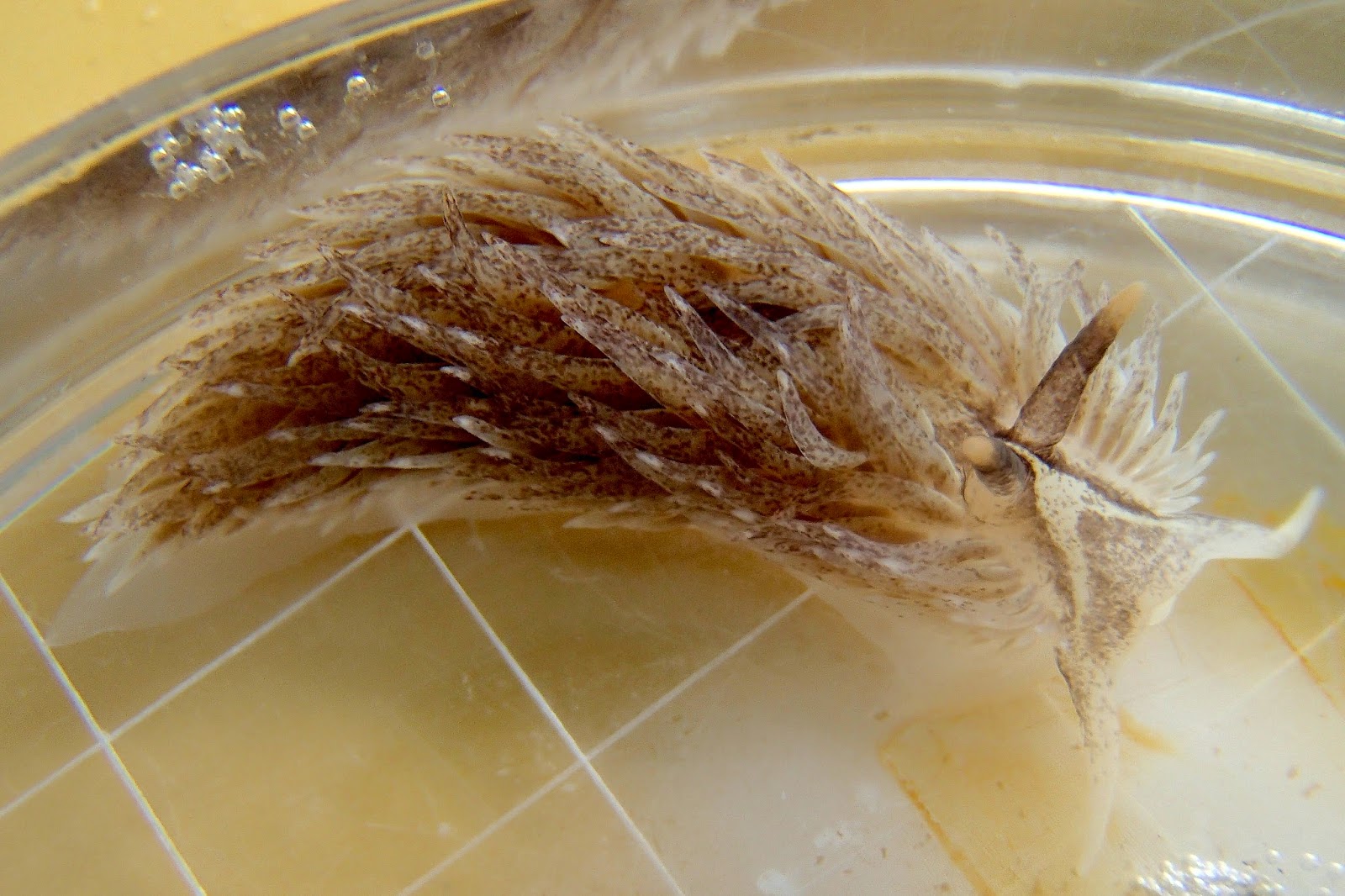 *this is not particularly true - sorry