So life on Sherkin is very warm at the moment - highs of around 29 (degrees C) recently - which is only a few degrees below the all time hottest temperature ever recorded in Ireland. The radio informed us that temperatures in parts of London reached 32 degrees! - Which I think is far too warm to be in London. I'm glad to be by the sea during this mini heat wave.

A while back I did a post about the Sargassum survey that was happening - the one where we were snorkelling to survey sub-tidal Sargassum plants. Well there has also been an intertidal Sargassum survey taking place. The marine lab bods have been steadily working their way around the Island around the time of low tide and recording where they find Sargassum, how big the plants are, and other information about the rock pools that the invasive plant has been found in. Almost the entire circumference of the island has been surveyed! This hasn't been the easiest task though - as it involved clambering round the rocks surrounding the island (which are often incredibly sharp and slippery and awkward). Many injuries have been sustained from this clambering! Also, at some points round the island it is just impossible to get round on the rocks. At these points people have to climb up to the top of the cliffs and walk round to the next accessible bit of the shore - however at the hop of the cliffs there is no nice clear coastal path - in most places there is just an AWFUL LOT OF GORSE. super painful but also means that regular tick checks must be carried out.

I HATE TICKS. They are just the worst. And they magically appear! You will think you have removed all of them, but then you will check again a few minutes later and more tick will just appear - FROM NOWHERE. Also, horseflies, I hate these too.

But thats enough complaining about beasties. It has been really fun helping out with the Sargassum hunt, and it has meant that I have been outside in the sunshine - so thats an added bonus! And I am actually really looking forward to seeing the results of the survey and seeing how they compare to previous years. 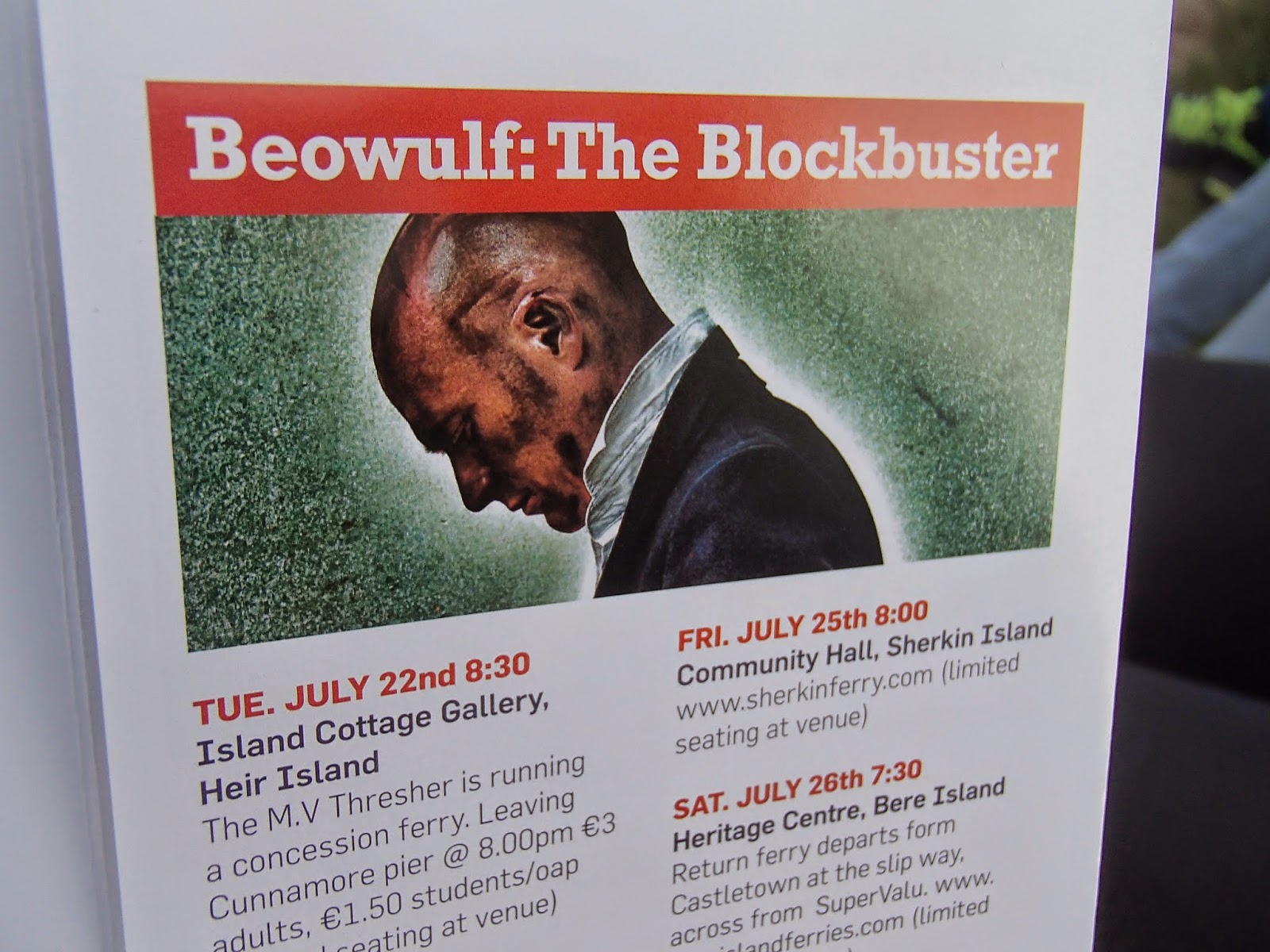 Also, the other day we all went to see a one-man play that was being performed in the community centre. We were told great things about the play and we weren't disappointed! It was fab! It was very intense, but also very interesting and well-done. If you see it advertised anywhere and you get the chance to see it I would recommend it highly.