On top of the normal data collection that we do here at the Marine Station, other projects are also done to examine specific aspects of the marine biology of Sherkin. For the last couple of days we have been collecting data for the ‘Sargassum Project’. Sargassum is an invasive seaweed species that originated in Asia and has been increasingly found in Europe (including Sherkin).

Sargassum spp invasion can be a problem as it can grow very quickly over large ranges of the shoreline (whereas lots of native seaweed species have a niche area that they mainly inhabit). This versatility enables Sargassum to affect lots of areas and unfortunately it can displace some local species and form large mats when it grows very tall – these large mats can cause all kinds of problems, for example:
Invasive species can be transported from their original locations many ways, including:


Anyway, so Sargassum can be problematic.

The Marine Station has been monitoring the progressive abundance of Sargassum on the island for a number of years and it is really interesting to see how it has been gradually increasingly found in more and more sites around the island.

For the past couple of days we have been suiting up (in wetsuits) and snorkelling in Horseshoe Harbour sampling transects and reporting back the numbers and heights of any Sargassum individuals we see there.

The last Sargassum report from Sherkin was done a few years ago and it is INSANE to see how much more Sargassum is in the bay this year than in previous years – in 2011 they reported 7 Sargassum plants in the bay, this year we got into the water (a little chilly) and the moment we put our faces in we could see that the problem had definitely progressed – now we are finding that in many areas of the Bay we are reporting 100+ individuals completely covering the bottom and ranging from a few cms to many metres tall! (Tomorrow I will attempt to get a few pictures of Sargassum to show you what this invasive Asian alien species look like) - *I have collected some pictures!!*

On a different note..

I found a nudibranch today!!!!! 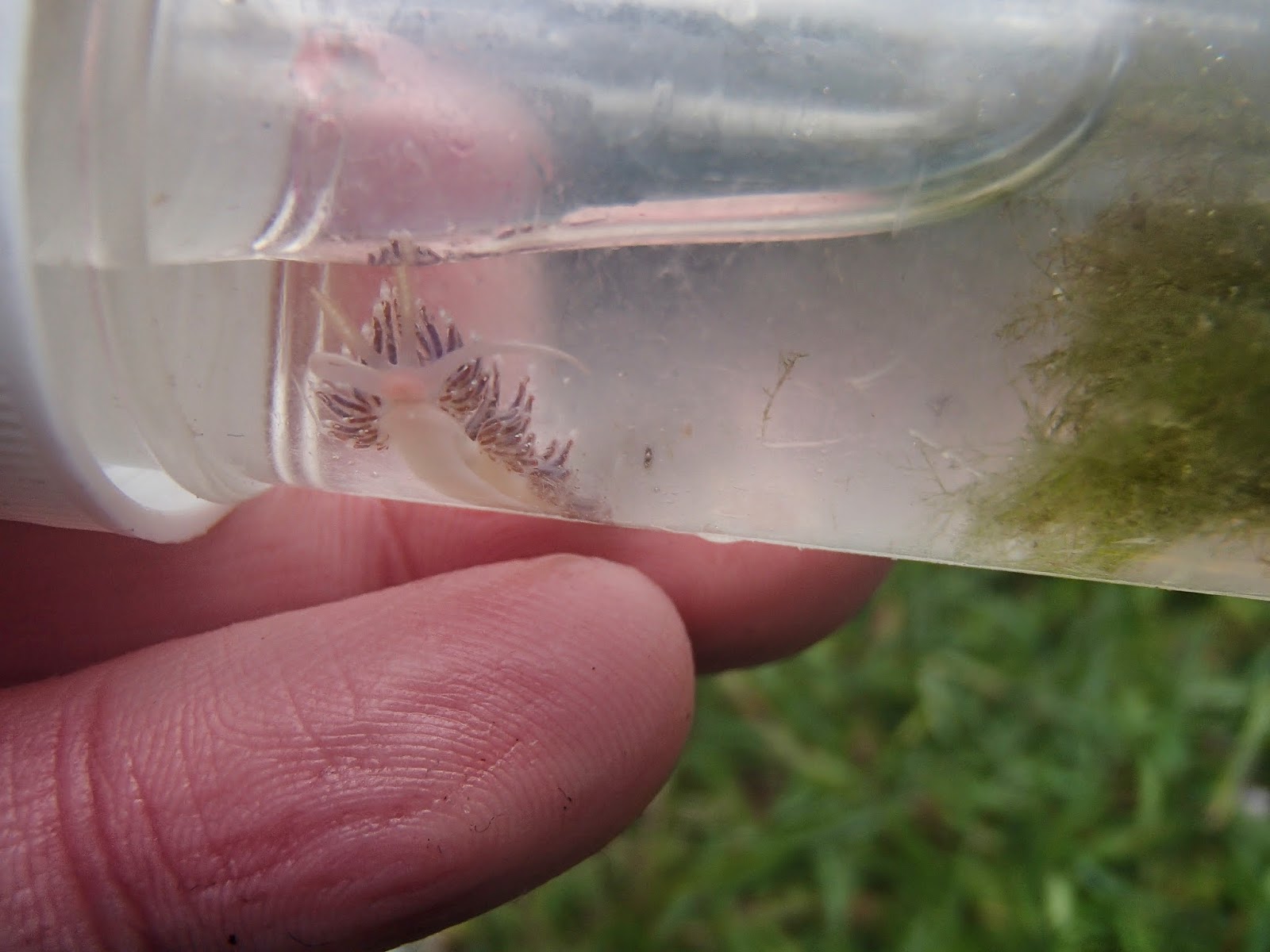 For those of you who don't know, nudibranchs are more commonly known as 'sea slugs' and are a marine mollusc. They are also SUPER EXCITING and are often stunning colours and crazy shapes. We named her Daenerys (because we've been watching too much Game of Thrones) and brought her back to the lab to examine/stare at/take a billion pictures of..


After taking a gazillion pictures of her we identified her and we believe her to be Facelina auriculata whose key characteristics are: